What is the salary of a truck driver ? 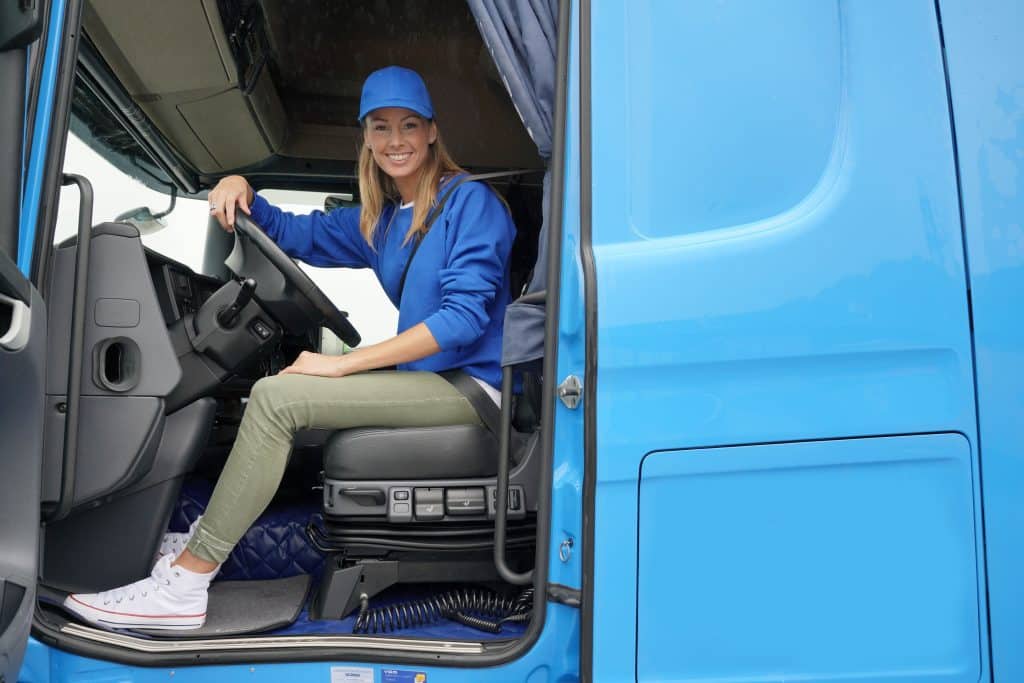 According to a report by the International Transport Union, 25% of driving jobs need filling in some parts of the world. The shortage of drivers has hit an all-time high with many opportunities in the United States, Europe and the United Kingdom. Now is the time to become a professional commercial driver. The shortage of truck drivers worldwide has directly impacted commerce and trade. The shortage of drivers also means opportunities for significant earnings. Keep reading to find out what a truck driver’s salary is worldwide and what experience you need.

How much are truck drivers paid around the world?

In the United States, the average salary for a truck driver is currently USD 28.69 per hour or USD 59,684 annually. The money a truck driver in the United States makes varies and is greatly influenced by location. It ranges from USD 39,000 to USD 89,000. The highest paying states are New York at USD 72,462, New Jersey at USD 72,105, and Indiana at USD 72,035. If you are just starting, of course, you can expect to begin on the lower end of the range. But you can reach the average rate or higher after build up some experience. Then, you can expect over USD 72,000. Other factors play a role in how much you will earn as a truck driver. For example, owning your truck, or trucks, significantly increases your earnings to around USD 154,000 annually. Others include the company you work for, the level of danger, or other more specific requirements. It is common to be paid by the mile/kilometer. An average of USD 0.28-0.40 per mile reflects the annual rates.

Australia possibly has the highest truck driver salary in the world, with an average of AUD 100,000 for Heavy Combination (HC class) or Multi Combination (MC class) drivers. Within Australia, New South Wales will give you better earning potential. In Canada, you can earn between CAD 40,000 and an outstanding CAD 100,000 annually on average. There is massive earning potential in Canada due to some of the world’s most dangerous routes.

Does a truck driver’s income depend on the truck he/she drives?

The potential earnings for a truck driver are also influenced by the company you work for, and the class of driver you are. For example, OTR truck drivers spend a lot of time on the road covering more considerable distances. They are also required to review shipping documentation and inspect their trucks. As an over-the-road (OTR) truck driver who hauls heavy freight, machinery or construction materials, you could expect an average salary of USD 68,800.

On the other hand, commercial truck drivers cover less distance and earn on average USD 49,000 a year. Commercial drivers are required to have a spotless driving record. They also inspect, repair and report any defects or problems on their vehicle. A line haul driver earns an average of USD 61,000 and is responsible for transporting heavy goods and materials.

In Europe, a freight hauler can earn on average EUR 43,000 annually and is required to transport hazardous materials or oversized cargo that other truck driver classes may not be licensed to haul. A flatbed truck driver usually carries dry products or machinery on an open trailer and has more complex and awkward shipments. Flatbed haulers earn EUR 42,000 annually on average, while a semi-truck driver makes an average of EUR 49,000 a year.</

Hauling dangerous goods, such as gas, corrosive substances, flammable liquids, etc., understandably comes with a higher pay rate, averaging USD 57,500 a year. To become a HAZMAT truck driver, you will need an endorsement, and you are required to undertake additional training. HAZMAT certificate requirements also include:

You will also undergo a complete background check which can take time to complete. Keep in mind that certain convictions will make you ineligible to drive hazardous goods, including violent crimes.

Tanker truckers generally get paid more on average, around USD 60,000, with some companies paying up to an average of USD 81,000. Usually, tanker truck drivers must have some skill and experience to carry extremely heavy liquid loads.

Possibly the most dangerous trucking job in the world is ice road trucking, with an exceptional pay that can reach EUR 30,000 or EUR 40,000 for just three months of work. During the winter months in Canada and Alaska, due to freezing temperatures, lakes become roads, allowing trucks to bring in goods and materials to remote areas that are usually cut off. You will need special training and a spotless driving record to become an ice road trucker.

As with any other job, your truck driver salary varies greatly depending on experience. Entry-level truck drivers get paid on average GBP 21,000 in the United Kingdom and USD 39,000 in the United States. You are not required to have any experience. However, you need to have a clean driving record, meet the minimum age requirement, pass drug and alcohol screening, and attend truck driving school. The requirements for certification and training vary from country to country so check the exact requirements in your country.

Experienced truck drivers are highly valuable, especially those with a clean driving record, and this is reflected in the pay with potential earnings of USD 75,000-USD 80,000 after eight years of experience. For specialized jobs, like ice road trucking, experience is essential. To qualify for a higher-paid driving job, like tanker truck driving, you will need skills and expertise to transport liquids, manage surges, turn safely, check leaks, and empty and fill tanks correctly.

Whether you are a novice driver or have some experience, there are core qualities for all commercial driving jobs. Time management comes first as haulage companies are looking for reliable people who will deliver on time. It is worth building and maintaining an excellent driving record as it is a requirement for several specialised areas. With constant changes and increased regulations and requirements, you need to show that you can keep accurate, up-to-date and well organised records.

To get started as a truck driver, you usually need a high school diploma and attend a professional truck driving school to gain a commercial driver’s license (CDL). In the United States, truck driving programmes are available in private schools and community colleges, and usually last around 3-6 months. During your training, you will learn how to maneuver trucks, and study federal laws and regulations. If you are considering becoming a long-haul truck driver, a CDL is a must-have. For HAZMAT truck drivers, a hazardous material endorsement is also necessary.

In Europe, you are required to have a full license and be over 18 years old. Next, you need to decide what type of trucks you would like to focus on, choosing one or more of the following categories:

The most common license is the Category C (Class 2) license, and the top license qualification is Category C+E (Class 1). The process to obtain your trucker license is very similar to that for motor vehicles. You need to pass a theory test first, then complete a computer-based case study test. Then, you can take the driving ability test and, lastly, do a practical demonstration. Once you are qualified as a truck driver, you will need to keep up to date with periodic training every few years to keep your qualification.

By 2030, over a quarter of truck drivers in the United States will be 65 years old or older, and there are not enough new drivers entering the sector. In Europe, there is an estimated shortage of 400,000 truck drivers, providing a great opportunity with high earnings potential.